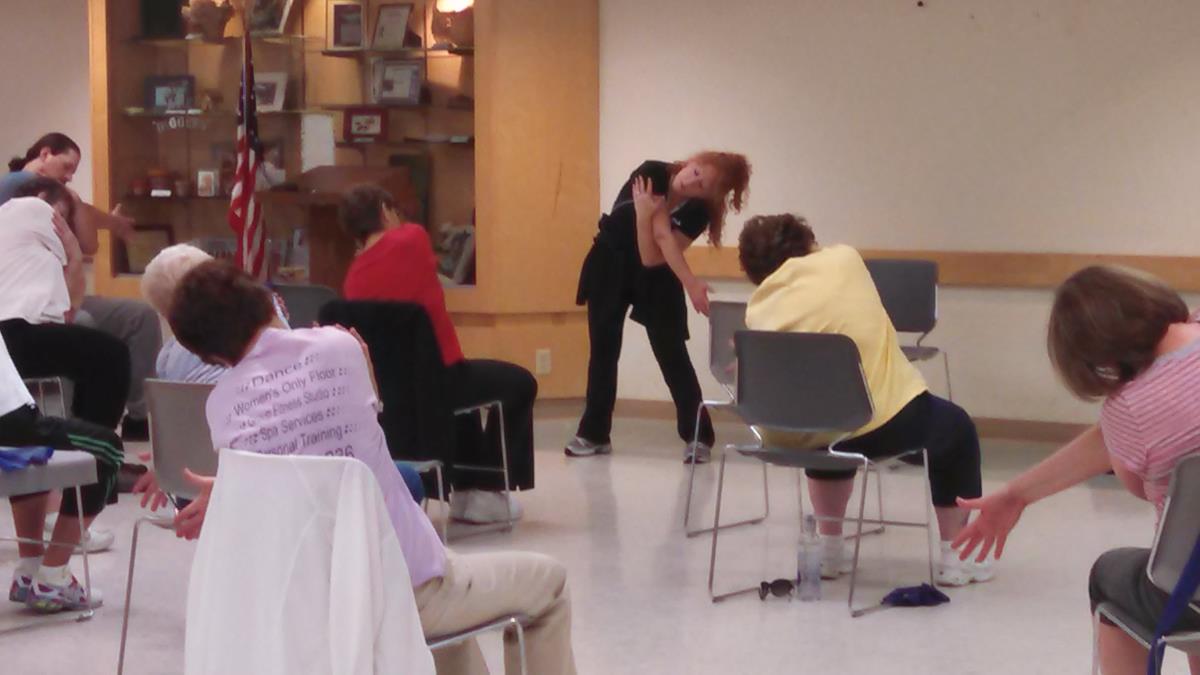 Join us for book club from 1-2:30 p.m. Meet at Robbinsdale City Hall, 4100 Lakeview Ave N, Sixth Corner Room. Books are listed below or click on the hyperlink to view a printable flyer.

March 3- The Only Road by Alexandra Diaz

April 7- The Sun Does Shine by Anthony Ray Hinton

May 5- Killers of the Flower Moon by David Grann

Participant Guidelines:
1. Check out books from a library or purchase from a bookstore.
2. Participants are encouraged to attend all discussions but are free to attend when their schedule permits or only those books that are of interest.
3. Read the book and come with 2-3 points you’d like to discuss.  Examples: clarification, points of interest, agree - disagree, characters, values, dilemmas, issues, significant, emotions, feelings-thoughts about the book, author’s style, characters, etc.
4. If you do not read the books consider coming to the group anyway; you may like to listen to the discussion. However, please don’t expect the book to be summarized.
5. Express thoughts with your personal point of view. Expect and enjoy differences of opinion.
6. Encourage others to speak their thoughts about the book.
7. Everyone is encouraged to take a turn as book co-leader and/or host/hostess (book-leadership is not a requirement to join the discussion group.)
8. Make a donation to the refreshment kitty.

Join us on the third Wednesday of the month from 10:00 - 11:30 am for informative programs, coffee, and, you guessed it, donuts! The program is held at the Crystal Community Center (4800 Douglas Drive). The $2 fee is payable at the door, but you must register in advance to ensure we have enough refreshments and donuts for everyone.

Call 763-531-1272 or stop by Robbinsdale City Hall to register for this fun educational opportunity.

March 18 - Hit or Error? Official Scorekeeping for the MN Twins & Timberwolves
Stew Thornley is one of the official scorers for Major League Baseball, along with Gregg Wong and Kyle Traynor, doing the scoring on Minnesota Twins home games.  Stew is part of the four-member MLB Official Scoring Advisory Committee.  Stew also is an official scorer for Minnesota Timberwolves games and can discuss the difference and similarities in the jobs.  He will show plays and let the audience vote if they think it was a hit or error.  What a fun topic leading up to the Twins baseball season!

April 15 - Rare Place, Rare Wildlife: New Zealand
New Zealand.  Here is the sperm whale, the nesting royal albatross with 12-foof wingspans, the yellow-eyed penguin-rarest on earth, the flightless, pear-shaped kiwi bird who break dances when food-happy.  There they live in accessible, protected areas for thousands of years pocketed among earthquakes, world-famous architecture and the “Lord of the Rings” countryside.  Hear from Melanie Shipman on the rare beauty of this island nation without the long plane trip!

May 20 - 1936 Berlin Olympics-Nazi Games
The 1936 Olympic Games held in Berlin are notorious for the tightly controlled image the Nazis presented to the world.  But, these Games also became a blueprint for future Games that is followed to the present day.  David Jones will share the history of the Olympics and the complicated legacy of the 1936 Games.

The Friendly Robins is a group of adults, ages 55+, who play 500, Bunco, Wii Golf and other fun games every Wednesday. We also provide simple refreshments.

Games begin at 12:30 pm. Plan to come a little earlier so you can meet a few other members.  We will do our best to make your first visit very special!!!

Each Wednesday there is a $1 fee for refreshments and coffee.

Let's Go To The Movies!

Join us on Thursdays (dates listed below) and enjoy an afternoon of great movies and snacks. Movies are shown on a projection screen with surround sound. Robbinsdale Recreation Services will show a mixture of classic and recent releases. Have a request? We’d love to hear it! So pull up a chair, feel free to bring a pillow for added comfort, sit back and enjoy our feature film on the big screen.

In this three-hanky romantic melodrama, a test pilot, distraught over the death of his girlfriend, volunteers to be a subject in a risky experiment and allows himself to be cryogenically frozen for 12 months. The year is 1939 and he is to come out in 1940. Unfortunately, something goes wrong and he is forgotten. Fifty years later, a pair of kids find the remains of the test facility and thaw him out. He comes out just fine and ends up having a wonderful effect on the lives of one of the kids and his attractive single mother while trying to adjust his new world. The sad part comes when he learns that his lover from long ago was only in a coma and fully recovered.

From Disney Live Action, director Jon Favreau's all-new "The Lion King" journeys to the African savanna where a future king is born. Simba idolizes his father, King Mufasa, and takes to heart his own royal destiny. But not everyone in the kingdom celebrates the new cub's arrival. Scar, Mufasa's brother-and former heir to the throne-has plans of his own. The battle for Pride Rock is ravaged with betrayal, tragedy and drama, ultimately resulting in Simba's exile. With help from a curious pair of newfound friends, Simba will have to figure out how to grow up and take back what is rightfully his.

Portokalos is 30, Greek, and works in her family's restaurant, Dancing Zorba's, in Chicago. All her father Gus wants is for her to get married to a nice Greek boy. But Toula is looking for more in life. Her mother convinces Gus to let her take some computer classes at college (making him think it's his idea). With those classes under her belt, she then takes over her aunt's travel agency (again making her father think it's his idea). She meets Ian Miller, a high school English teacher, WASP, and dreamboat she had made a fool of herself over at the restaurant; they date secretly for a while before her family finds out. Her father is livid over her dating a non-Greek. He has to learn to accept Ian; Ian has to learn to accept Toula's huge family, and Toula has to learn to accept herself.

Let's Go To The Movies!! Flyer

In this edition of our Local Author Series, take a culinary journey around Lake Superior with author James Norton and photographer Becca Dilley, creators of the travel book Lake Superior Flavors. Norton and Dilley will share photos from their journeys to (and around) the lake, and tell stories of fruitcake-baking monks, intrepid herring fishermen, a bread bakery hidden in the northwoods of Michigan, Finnish diners, and much more at the Crystal Community Center, 4800 Douglas Drive N.

A copy of the book will be available to purchase on site. The book is also available through the Hennepin County Library (https://www.hclib.org) if you would like to check it out prior to this event.

This programs is sponsored by the cities of Robbinsdale, Brooklyn Center, Crystal, Golden Valley, New Hope, and Robbinsdale Area Schools.

Book Synopsis: “From the founders of the popular food website Heavy Table comes Lake Superior Flavors, a celebration of food culture around the shores of the greatest of the Great Lakes. Author James Norton and photographer Becca Dilley take readers on a culinary tour around Lake Superior, hitting high-traffic tourist spots and cultural institutions as well as off-the-beaten-path discoveries.

Norton and Dilley also meet food producers and artisans—fishermen, cheesemakers, brewers, and more—and explore the culinary history and current food culture of four distinct regions. Along the North Shore of Minnesota, Norton and Dilley ride along with a herring fisherman struggling to preserve his way of life. In Thunder Bay and Ontario, the authors investigate the roots of the locavore movement in a remarkable conversation with an Ojibwe woman about native food. In the remote Keweenaw Peninsula of Michigan, the pair encounters a group of philosophical gourmet monks who make jam from foraged berries. And along the south shore of the lake, they talk with a Wisconsin cheesemaker and goatherd who takes his flock on a nightly walk—cocktail in hand. Alongside Norton and Dilley’s travelogues are capsule reviews of restaurants, insightful tasting notes, and sidebars featuring important dishes of each region—from smoked fish and skillet-popped wild rice to pannukakku (Finnish pancakes) and cudighi (Italian meatball sandwiches).

Showcasing the wild beauty and rugged authenticity of the places and people along the circle tour, Lake Superior Flavors is ideal for local foodies and for visitors who want to learn about food traditions through delicious eating and lively traveling.”

Join us for a day at the beautiful Arboretum in Chaska. Includes a narrated tram tour. A Boxed lunch will be provided.

The purpose of Roving Minds is to explore and discuss subjects of interest to the group, to enjoy learning together, and to take what they have learned back to the community.  Refreshments provided. The theme for Roving Minds is based on Historical Places. During the first meeting in September, the specific topics and discussion leaders for each date will be determined.

Location:  the Minnesota Room in the Crystal Community Center, 4800 Douglas Drive, Crystal. Become a member or welcome to come a time or two just to see what Roving Minds do!

Is social media confusing to you?  Are you interested in learning how to safely post information?  Do you want to understand who sees what?  Learn about the different types of social media platforms, why you might want to have an account, and how to set up various types of accounts, including Facebook, Twitter, Instagram and Pinterest.  Bring your charged device to class if you have one (smartphone, laptop, tablet).

Enjoy a leisurely cruise and buffet along the shores of St. Croix River. Boarding in Hudson.

Come join us on Friday mornings at the Robbinsdale Police and Fire Building Community Room to see how much fun we’re having! Nancy Stoneberg, Certified Personal Trainer and owner of StoneFitness has dedicated much of her time in training and educating 55+ and helping them realize that it’s never too late to make a positive difference in strength, balance and overall wellness. These classes are for all levels and abilities…. Nancy’s motto is “YES, YOU CAN!” Who: Adults

Fridays from 9:00–9:45 am (ongoing, will not meet on major holidays) in the Community Room located at the Robbinsdale Police & Fire Building; 4101 Hubbard Ave N

Start at Cedar Lake and paddle to Lake of the Isles and Lake Calhoun. Have a box lunch before paddling back. Instruction and guide are provided by Active Solutions. Open to all abilities ages 55+. Must be under 6'2" and 225 pounds.

If you are interested in receiving a copy of the bi-monthly Newsletter with information about programs and activities for adults ages 55 and older there is a $5/year subscription fee or download a copy by clicking below titles. To sign up, please call 763-531-1278.

Here are the latest issues of the Newsletter.

The Senior Commission is an advisory commission to the City Council on matters relating to the status and needs of seniors, age 55 and over, in the city and ways in which the needs of seniors may be met. Currently the Commission meets at 1:30 pm on the First Monday of the January, February, March, April, May, June, October, November and December.  Commission members are actively promoting both pedestrian and bicycle safety, helped create an emergency medical form and have researched older adult recreational programs.

Want to get updates on these programs and other City events and information?
Sign up for e-Subscribe.

Question on whether a program is meeting due to weather conditions? Please call 763-531-1276 for updates. The message gets updated on an as needed basis. For evening programs, the line is updated by 4 pm.

Current Recreation Brochure  Programs will continue to be updated throughout the season & may not be listed on the brochure.

Free viewers are required for some of the attached documents.
They can be downloaded by clicking on the icons below.