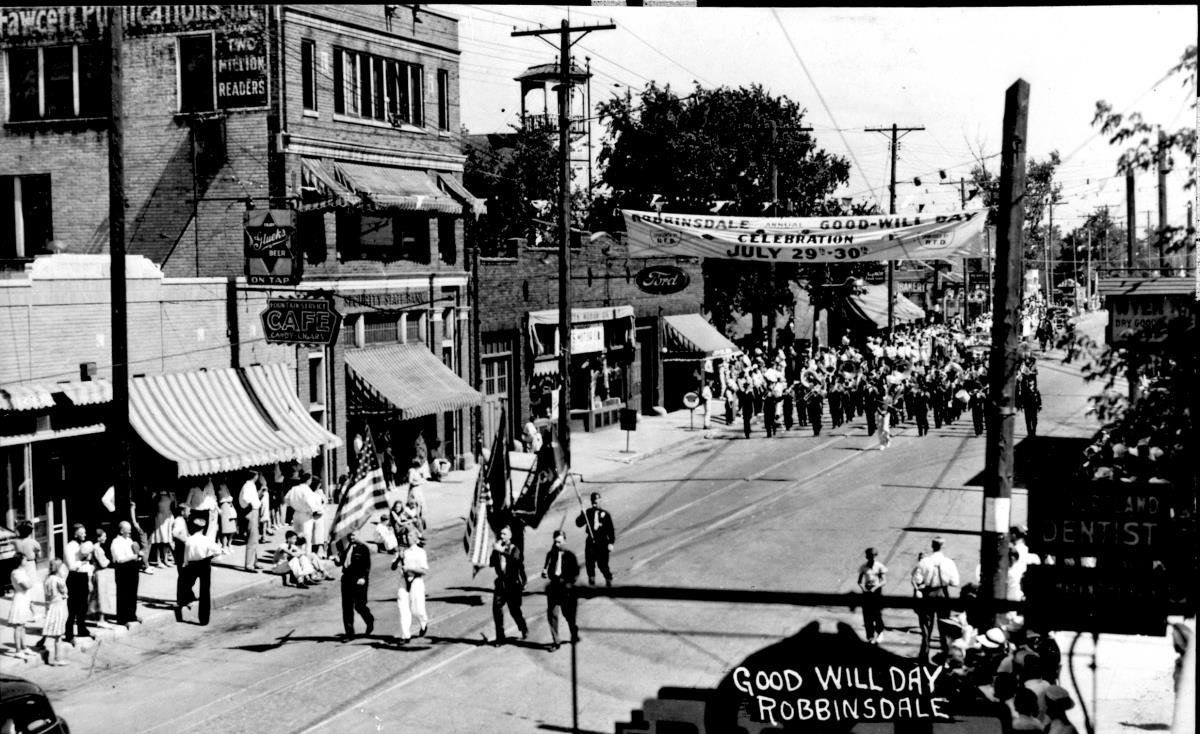 The City of Robbinsdale was established on April 19, 1893 with a geographical area of 2.9 square miles. This was a transition from the Village of Crystal, a 4 square mile which had been incorporated under a special act of the legislature in the fall of 1886 to avoid annexation to Minneapolis.   The City Charter was adopted November 8, 1938.

The City is named after Andrew B. Robbins who had purchased ninety acres intending to make it the site of a suburban town.

The Robbinsdale Historical Society maintains an historical museum within the original library building at 4915 42nd Avenue North. The building itself is recognized on the National Register of Historic Places.

Graeser Park is also a focus of historical interest. In the early 1980s a city intern used the park for a Senior Landscape Architecture thesis. It documents both the original park plan as well as a massive vision to relocate the library building to the park. This thesis was done before planning for the Highway 100 project undertaken in 2000.

Books on Robbinsdale History are available at City Hall and at the museum.

Free viewers are required for some of the attached documents.
They can be downloaded by clicking on the icons below.